So you’ve noticed that perhaps you’ve lost a step or two over the last year and you’re looking for ways to get it back. Unfortunately in addition to not being in the same shape you were in high school or college you now have a life that drops your physical well being down a few notches on the totem poll so a dearth of spare time only makes matters worse. By now most of us have tried a Yoga class either at a club designed for the sport or at your local fitness club. Perhaps you like the results and how you feel afterwards but there is no way around the time investment, from changing, to showering, and most of all getting back to the same efficiency if you still have things to do with your day. Well, consider carving half the time out and setting up shop at your home. Here are some steps (and one caveat) to get you started. 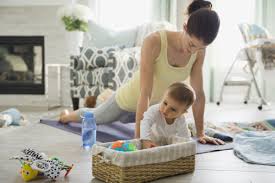 Even if you’ve established a strong desire and commitment to practice regularly, knowing which poses to do every session or every week is one of the many challenges of a home regiment. This challenge can be met by choosing a specific sequence of poses that will meet your needs, in this moment, for health and wholeness. Some systems of asana practice, like the Ashtanga Vinyasa of Pattabhi Jois, use set groupings or series of poses, so sequencing is not an issue. But many systems do not designate the order of poses; within limits, choosing the sequence is left to the student. And even students who practice set sequences like the Ashtanga series can benefit by working especially diligently on different poses on different days. Grant it, they are a far cry from the “downward facing dog” you picked up at the local gym class. Now try to stay positive even though with years of regular class attendance under your belt, if you don’t have the motivation or technical knowledge to create a well-rounded and well-organized home practice, that practice may very well remain spotty. It probably won’t sustain itself-and you-over the long haul so set something up that is firstly attainable then worry about adding complexity. 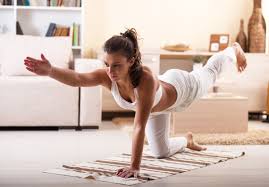 To create a satisfying practice that you approach with enthusiasm, at least on most days, requires two basic kinds of knowledge. The first kind is gained by answering this next question for yourself: What do you really need from your practice today? If you are very tired from a long airplane trip, for example, you might choose a restorative practice to replenish your energy. At the least, you might start with resting poses and then see where the practice leads you; if you find your energy is increasing, you can always move into more dynamic asanas. On the other hand, if you feel energetic at the beginning of your practice, you might use a more vigorous session to channel that energy. For example, you could choose to emphasize standing poses or arm balances, making challenge and strength your focus.

Regardless of what you actually do, if your practice is an expression of what is alive in you now, that practice will help you stay present during your time on the mat. That experience can serve as a model for practicing presence all day long. It will also satisfy you and thus help give you the impetus to practice again tomorrow. If you force yourself to practice because you think you should, because you didn’t yesterday, or for any other more external reason, even the most technically polished poses will not answer your inner need for ease and wholeness.

The second kind of knowledge necessary for creating a home practice is an understanding of the principles behind sequencing yoga poses. Once you know what type of practice you want for today, you need to decide the order in which you’ll do those asanas. But before you can understand the effect a pose has in relationship to others, you must first become aware of the effects of the individual poses on your body and mind. Then you will better understand where exactly to place each asana in your sequence.

One way to increase your understanding of a pose’s effects is to hold it longer than you usually would-say by counting breaths and gradually, over a period of days, increasing the number of breaths as you hold the pose. If you do this, it may become more clear to you, for example, that backbends tire your arms quickly. Thus, you may decide to focus more on arm strengthening in your practice sessions and remember to follow backbends with poses that do not additionally challenge your already tired arms. 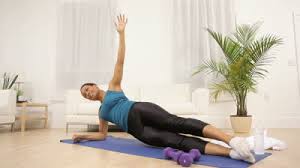 One Caveat even for devout yoga enthusiast, from gurus to acolytes forever carrying their rolled-up mats, yoga is described as a nearly miraculous agent of renewal and healing. They celebrate its abilities to calm, cure, energize and strengthen. And much of this appears to be true: yoga can lower your blood pressure, make chemicals that act as antidepressants, even improve your sex life. But the yoga community long remained silent about its potential to inflict blinding pain. Jagannath G. Gune, who helped revive yoga for the modern era, made no allusion to injuries in his journal Yoga Mimansa or his 1931 book “Asanas.” Indra Devi avoided the issue in her 1953 best seller “Forever Young, Forever Healthy,” as did B. K. S. Iyengar in his seminal “Light on Yoga,” published in 1965. Reassurances about yoga’s safety also make regular appearances in the how-to books of such yogis as Swami Sivananda, K. Pattabhi Jois and Bikram Choudhury. “Real yoga is as safe as mother’s milk,” declared Swami Gitananda, a guru who made 10 world tours and founded ashrams on several continents. But a growing body of medical evidence supports Black’s contention that, for many people, a number of commonly taught yoga poses are inherently risky. The first reports of yoga injuries appeared decades ago, published in some of the world’s most respected journals — among them, Neurology, The British Medical Journal and The Journal of the American Medical Association. The problems ranged from relatively mild injuries to permanent disabilities. In one case, a male college student, after more than a year of doing yoga, decided to intensify his practice. He would sit upright on his heels in a kneeling position known as vajrasana for hours a day, chanting for world peace. Soon he was experiencing difficulty walking, running and climbing stairs.

Doctors traced the problem to an unresponsive nerve, a peripheral branch of the sciatic, which runs from the lower spine through the buttocks and down the legs. Sitting in vajrasana deprived the branch that runs below the knee of oxygen, deadening the nerve. Once the student gave up the pose, he improved rapidly. Clinicians recorded a number of similar cases and the condition even got its own name: “yoga foot drop.” 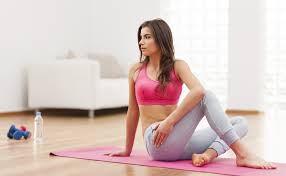 At the end of the day, and despite the sample size of our research, the simplest game plan will probably be the catalyst to obtaining the objectives you desire. Create a program that’s based on what you are capable of doing right now, give yourself some room to scale it up as you find it getting easier, and choose the poses and time of sessions that you like. Find your comfort zone in your home, apartment, or deserted corner of the gym where you can get the solitude you need to focus and make the most of the time you set aside. True, this is kind of basic stuff but you would be surprised how many feel that they have to get reimbursed for the cost of the mat and LuLu attire so they over intensify or set the bar too high at the beginning. Only to find themselves back a square one within the month only slightly more frustrated. Look, this isn’t dating, you have only one requirement and that’s to make yourself happy. Ok, maybe dating should be more like yoga.